This is the premise of which the U.S. manufactured, patented, CerviFit® device was designed and implemented into the Air Force’s OHWS program. The CerviFit® is a portable, evidenced-based isotonic (controlled weight) isokinetic (controlled speed) device directly to the pilot for home strength and conditioning training. In a recent pilot survey, the F35 Lt. Col. “strongly agreed” on the question, “was the access to a home rather clinic-based program a key determiner to participate in the CerviFit® program“?.

By eliminating the busy pilot’s need to go to a war-fighter clinic, the CerviFit® provides improved training compliance and outcomes than traditional clinic-centric equipment.

CerviFit® is the only neck strengthening device that can be shipped directly to the air crew’s home anywhere in the world in two days and with remote training can be instructed on proper use and address their MSK issues or concerns.

Watch former 2009 Top Gun graduate/instructor LCDR Rob “Roco” Cervalo (Ret.) being instructed on the proper use of the CerviFit®.

CerviFit® provides a 360° training on all the Planes of Movement 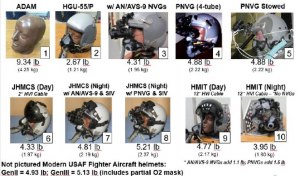 For more information or to order the CerviFit®, call us at the number above or use the link to the right.
Optimizing the Human Weapons System Initial Survey Results

“Neck and back injuries are common in individuals who experience significant compression from G-forces. In light of these health concerns, the Optimizing the Human Weapons System program was created to combat potential injuries that pilots are more susceptible to, thus strengthening the Air Force’s operational readiness.”1

CerviFit® was part of the proposal process for the OHWS  and is included on the OHWS (Optimizing Human Weapons Systems) PM approved equipment list. While OHWS was officially awarded and instituted in 2020, in 2022 after two years of proactively deploying athletic trainers a survey was conducted on active duty fighter pilots.2

The survey results are as follows:

Q9: “Have you ever experienced neck pain related to flying?” MAJCOM 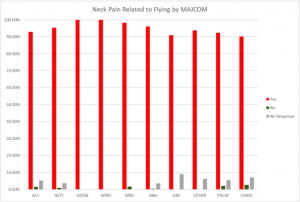 Q9: “Have you ever experienced neck pain related to flying? (based on pilot’s age) 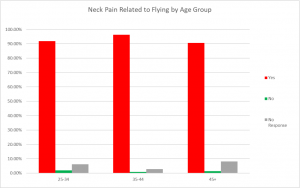 Q9: “Have you ever experienced neck pain related to flying? (based on rank) 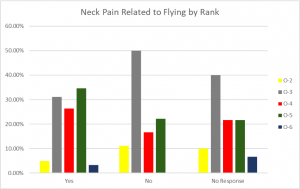